"one of history’s great self-made heavyweights"
-The Evening Standard- 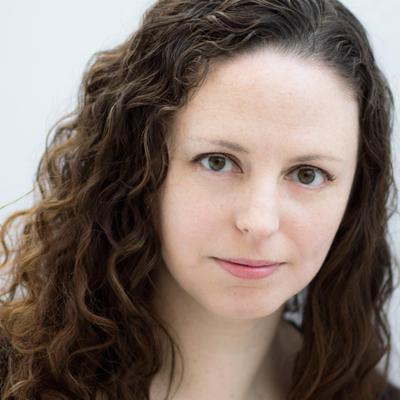 Politicians, business people and entire nations - even the mightiest can fall. After Julius Caesar’s assassination, Rome is in disarray and leaders jostle for power. Nobody knows who sides with who and with the constant threat of civilian revolt, there is a risk the empire will collapse.

One man will not stand for such a thing. Cicero, the ageing former consul that saved Rome from a treasonous plot, will do everything he can for the sake of the empire’s welfare. But his past choices and allegiances are still remembered, and the shifting landscape threatens to defeat him.

The near-constant chaos and changing loyalties in this two part, House of Cards-esque adaptation of Robert Harris’ Cicero Trilogy may accurately reflect this tumultuous era, but the lack of narrative continuity does’t make for a cohesive play. Cicero is more on the periphery in the second part of this double bill, and the shifting landscape around him is often confusing. There’s a pronounced lack of a narrative through-line, and some baffling, abstract staging choices by director Gregory Doran don’t help the script’s lack of direction.

Conservative casting means this male-dominated history doesn’t give women the chance to tackle some meaty, well-developed characters. A small number of actors of colour are obvious token gestures, especially as they play minor roles or villains. Particularly disappointing is the young Mark Anthony who first appeared at the end of part one, then played by a woman, is replaced by a man in this production. A senator who admits he is not academic or well-spoken is given a strong Northern accent amongst the rest of the Home Counties and RP politicians - the insulting trope of regional accents representing the uneducated is still alive and well.

Wide, imposing stairs and walls form the intimate and powerful senate, where much of the action takes place. A gigantic gold orb is suspended over the stage - the weight of the world could crush these fragile lives that squabble underneath. It is also the canvas for expressionistic projections; the murmuration of starlings creates an increasingly ominous motif.

The performances are strong and committed, with the large ensemble supporting convincing tension throughout. Their vibrancy goes quite a way towards holding the play together where the script does not. Where the story itself is dull and structurally repetitive, the actors give individual moments life and purpose.

Imperium II: Dictator is the significantly more disappointing of this chronology. Part one is is much more polished affair and there’s little need for its strengths to be diminished by its sequel.

Mark Shenton
But the other thrill of these productions - set on an epic vista of a Roman forum, presided over by a large globe over the stage upon which are projected impressive visuals - is the ensemble richness of the company.

Henry Hitchings
Poulton writes short, vivid scenes, and director Gregory Doran mostly maintains a zippy fluency. Anthony Ward’s design is dominated by a giant ball suspended over the stage, which glows or shimmers in keeping with the story’s mood.

Broadway World
A lively imagining of the world and words of Rome, albeit one beset by casting. "I'm not here to discuss women", notes one character. "Pity", says the other.

Sarah Crompton
Richard McCabe's enthralling Cicero literally bounces around the stage, dancing on his toes, thrilled with his own cleverness, challenging all comers.

Dominic Cavendish
Yet there is, absolutely undeniably, an imperative to see Imperium. It lies in its chilling pertinence.